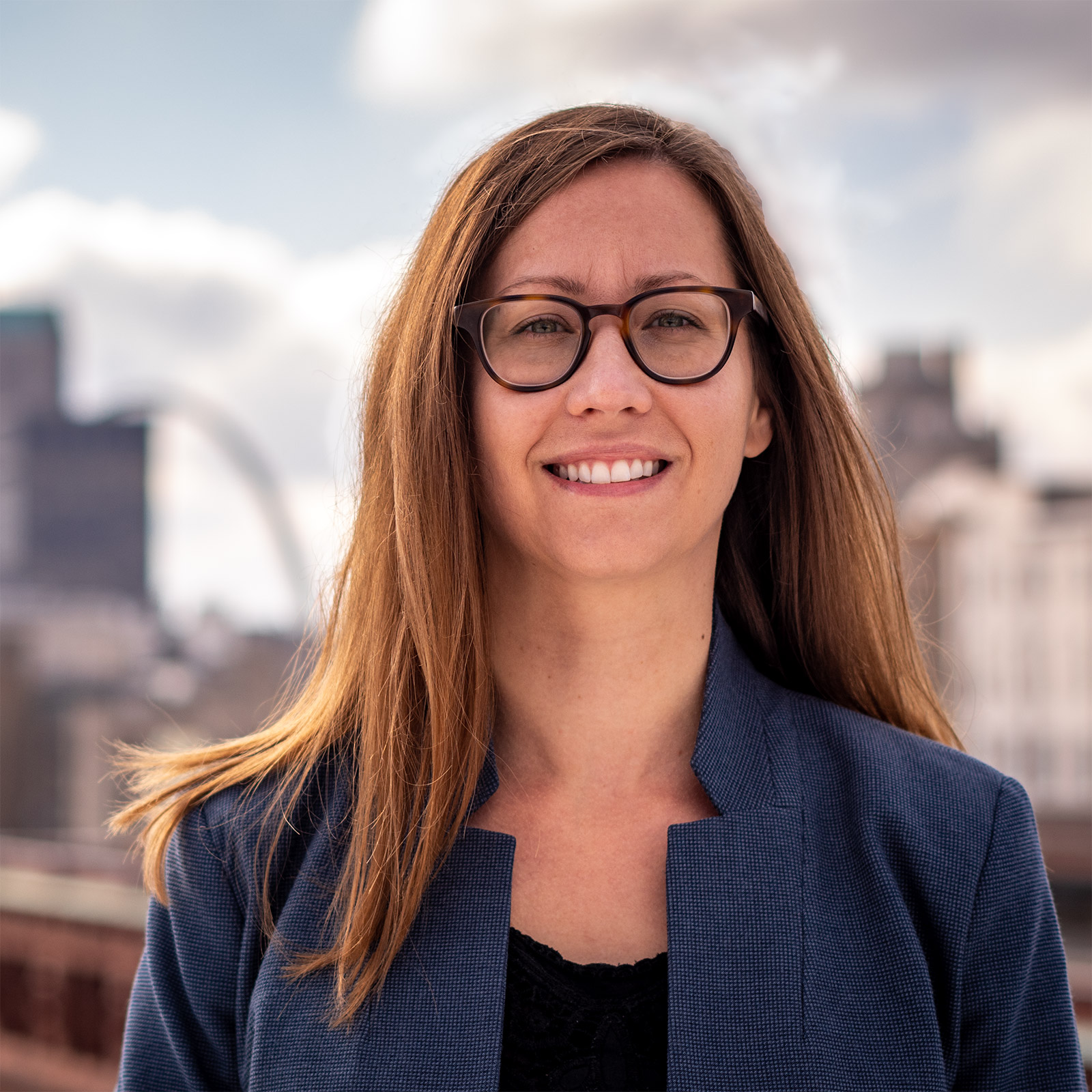 Jess joined Rise in 2019 as a Project Manager, a role in which she works on real estate development projects and as part of the team behind Rise’s emerging role in championing community-driven planning efforts. Prior to joining Rise, Jess spent seven years working as a municipal planner. She also has prior professional experience in the corporate finance sector, having worked as a business and financial analyst for a high-growth publicly traded company.

Originally from the Detroit area, Jess spent her childhood and early adulthood in several states and countries before making St. Louis her permanent home in 2011.

Jess holds an undergraduate degree in political science and a master of business administration from Southern Illinois University Edwardsville. While pursuing these degrees, she studied abroad at the American University of Paris and École Supérieure des Sciences Commerciales d’Angers in France and at the Instituto Tecnológico y de Estudios Superiores de Monterrey in Mexico. Ultimately desiring a career with a focus on social impact and tangible public benefits, she earned a master’s degree in urban planning from the University of Illinois Urbana-Champaign. She is a member of the American Institute of Certified Planners.

Jess has served on the executive board of the St. Louis metro section of APA Missouri for the last five years and also serves on the SLU Urban Planning and Development Program Committee. Jess speaks French fluently and is working to achieve fluency in Spanish.