You are here: Home1 / About Rise Community Development2 / The Rise Young Friends and Young Professionals Board3 / Jake Banton 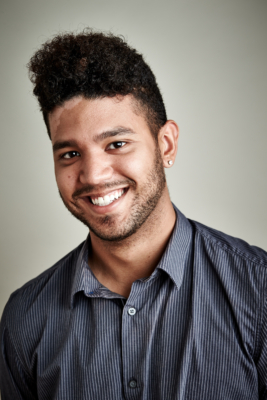 Jake’s career in architecture and the built environment stems from his passion for St. Louis. During his senior year in high school he volunteered with Old North St. Louis Restoration Group, a community development corporation that has helped transform that neighborhood north of downtown with the renovation of 14th Street mall, developing new housing along N. Market Street, and stabilizing deteriorating abandoned homes throughout the neighborhood. Seeing the transformation of the neighborhood first hand, but more importantly seeing how it uplifted the surrounding community is what prompted Jake to go into the architectural profession.

Jake graduated from the University of Kansas in 2015 with a master’s degree in architecture and began working at Mackey Mitchell Architects. At KU, Jake was selected to participate in Studio 804, a nationally recognized design-build program where students design and construct a building in a single school year. Jake’s project was a house in Lawrence, Kansas that was designed to LEED Platinum, Passive House, and Net-Zero Energy standards, a first for the program.

Jake made the decision early on not only to return to St. Louis, but to use and share his architectural knowledge to benefit his community. Immediately upon returning home, he became involved in organizations to advance this goal. Through the local chapter of the American Institute of Architects, he sits on the steering committee of the Young Architects Forum, tasked with helping graduates obtain their license and network within the community. He also participates in the Speaker’s Bureau, in which architects make presentations to elementary and high school students in an attempt to promote the profession and grow its diversity. Jake also resurrected an old program within the AIA, now called Metro Forum, in which architects come together for public policy discussions to enhance involvement and understanding in the communities in which they live. Jake’s career is still in its early years, but already he has worked on a large volume of work, contributing to major projects on six different universities as well as a handful of local projects. He is a founding member of the Young Leaders Group of the Construction Forum, whose mission is to “build the St. Louis region’s future by focusing on our youth, communicating the industry’s possibilities, and promoting sustainability.”

Outside of architecture, Jake recently graduated from Focus St. Louis’ Emerging Leaders program, where participants are given the opportunity to hone their leadership skills and meet other young individuals passionate about the St. Louis region. He also spends time volunteering with the Urban Land Institute, Citizens for Modern Transit, and the local chapter of the US Green Building Council.